The time Praise stole a chicken

Well, technically, it wasn’t HER who stole it, but...

...what’s a big brother to do if little sis cries uncontrollably and persistently, begging to eat chicken?!

After all, it was

Tantalizing scents of delicious chicken being cooked on charcoal fires all around were making her mouth water like crazy.

She was going to turn 6 the next day. But nobody even wasted a thought on that.

Remembering birthdays wasn’t exactly part of the culture of the day.

Christmas was - and still is - a BIG DEAL in Uganda!

So here was Praise, the youngest of 7 children and the only girl. How in the world were her brothers going to make sure her little heart wouldn’t be broken today?

There was no chicken, the ONE special food that was a MUST for Christmas in Uganda.

There was NO FOOD AT ALL!

While the children spent most of their upbringing with their grandmother, there were certain times when they knew they weren’t welcome at her home. Because of their step-aunty.

Christmas was one of those times.

The aunty was the one who had built the grandmother’s home (photo see last blog post), and she was going to spend the special day with her mother.
Sadly, she did not like Praise and her brothers and made sure they knew it.

So, off they scadoodled to their mother’s tiny rented room.

Their brave mother had banded together with a bunch of other people and hired a truck to take them deep into the village.

Fill up the truck with bunches of bananas that were then destined to get sold in Kampala for Christmas.

This was her industrious attempt to provide her children with a meal worthy of Christmas.

Unfortunately, things didn’t turn out as planned. The truck broke down.

Even worse, their mother had no way to contact the children to let them know.
We’re talking pre-historic-cell-phone days.

So, imagine the distress of the brothers:

Not only did they have to deal with their crying sister that they didn’t want to disappoint, but they were convinced that their mother must have died. Why? Because she was meant to have already come back days ago and there was no news from her at all.

With so much grief and death being a part of their tender lives already,
this was a pretty realistic conclusion.

So, here were the brothers, convinced that their mother had died.

And it was Christmas.

There was no food.

(Her primary worry wasn't so much about the mother having died.)

She just wanted to eat chicken. And she wanted it now!

When all of a sudden

A chicken happened to flutter into their room! 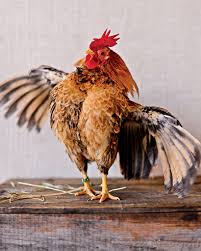 Well – well – well, thought one of the brothers.

If that isn’t the solution to our dilemma...

Before anybody had a chance to put their thinking caps on to decide what should be done, the chicken was killed and getting transformed into – you guessed it: Christmas dinner! YAY!!!

But her joy didn’t last long.

The owner of the chicken apprehended them, realising one of her chickens had escaped and hadn’t made it back alive.

Before they knew it, they had been dragged to the Local Council (L.C.) – equivalent to the police.

Accused of theft, Christmas was looking grimmer by the minute.

BUT – and aren’t you glad there was a BUT?

The L.C. – instead of punishing the children for their theft – rebuked the neighbour for being so heartless with the children.

Seeing that they were without food, she should have let them get away with keeping the chicken.
Not only that. She got told to go home and give them some other food to complete their Christmas dinner.

All is well that ends well.

A satisfying meal tickled the children’s tummies – and souls.

Praise was smiling from ear to ear.

And their mother made it back home a week later.

If you would like to know more about our ministry, receive our newsletters or partner with us through prayer or finances, please email us:

"If our lives do not reflect radical compassion for the poor, there is reason to wonder if Christ is in us at all."
David Platt 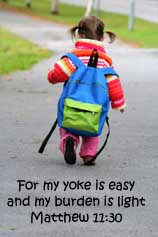 Isabel
Tauranga, Bay of Plenty, New Zealand
During my last 37 years in missions, I have lived a different life, intense, purposeful, rewarding and oftentimes exhausting. I am passionate - about God, life, family, orphans, adoption and missions. I love my life as a lover of Jesus, wife, mother and missionary! Our family has been living in New Zealand for 15 years now and we love it! It is my dream to be able to make a difference in the lives of orphans - here, in Africa and wherever else God will lead, one at a time or by the thousands... Besides our 4 amazing biological children Nathalie (30), Jeremie (28), Leilani (25), Kylie (16), we've taken on a beautiful foster child - Shayden (13) permanently. We also have a Ugandan son, Richard junior (30) who we met for the first time in 2010 (after sponsoring him for years) and a Ugandan daughter Praise (33) who I met and fell in love with during a trip to Uganda in 2011. Herenui (42) and Maitua (41) have also been part of our family for many years years now - since we met them as orphaned teenagers in French Polynesia. We are blessed with an international family - including lots of grandkids - and loving it! 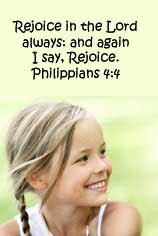